The Explorer Group, which makes Elddis, Xplore, Compass and Buccaneer caravans and motorhomes has been bought by the Erwin Hymer Group.

The German company, which already owns Niesmann+Bischoff, Laika, Bürstner, Dethleffs, Carado and Sunlight, has confirmed that manufacturing will remain at Explorer’s UK base in County Durham.

The Explorer Group have pioneered the SoLid construction technique that makes their caravans and motorhomes increasingly more attractive to potential buyers. They are the only fully structurally bonded caravans and motorhomes in the UK, and this has lead to them doubling their manufacture of SoLid products over the past 8 years of investment into this construction method.

The Explorer Group makes a number of special edition caravans, including our own Elddis Supreme range of caravans and motorhomes. They have also released the first 8ft wide caravans for 2017, an innovation which has won them both awards and a hike in sales. Our own Elddis Supreme 866 and 840 ranges have already sold out for 2017, with 2018 models already receiving orders.

Erwin Hymer Group chief executive Martin Brandt said: “By acquiring The Explorer Group we are strengthening our involvement in the UK. Our aim is to further expand our strong position in Europe and to become a global supplier of high-quality motorhomes and caravans.”

Managing Director of the Explorer Group, Rob Quine said: “It is fantastic that a successful organisation like the Erwin Hymer Group is investing in our future. As a new member of the group, we will have access to unique know-how and expertise. We will exploit this strategic opportunity to create permanent added value for our customers.” 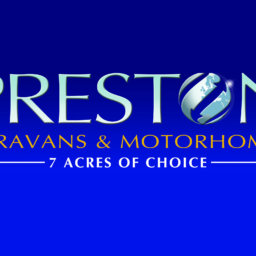 Take a 360 tour of the latest edition to the exclusive Elddis Supreme family: the 8ft wide 866! Post from…

Travelling Full Time? It CAN Be Done!

For many caravanners and motorhome users, holidays and weekends are their only chance to hit the road, escape from the… 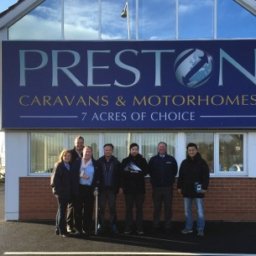 “Anyoung haseyo” to our special visitors!

We’ve had special visitors in today today! Managing Director of Elddis, Rob Quine, brought along visitors from South Korea, to…

I’m trying to fit al-ko wheel locking system to my compass rallye 650 ,but I’m finding it hard to track down the wheel receivers can you help me cheers
William

I have a 2004 Compass Carona 482 and the front left hand (looking from inside) has delaminated, could you inform of where to purchase new ones or even used.
Regards
Jeff

Hi Jeff, thanks for your enquiry. I have passed it to our parts department to see if it is something they can assist you with.

Hi we have a compass magnum classic 534 touring caravan and require 2 new front small windows, both the left and right windows are cracked, can you please advise where we are able to buy them
Many thanks in advance

Hi Michelle, if you contact our parts department at parts@prestoncm.co.uk or call us on 01772 685949 they will be able to assist you.

This site uses Akismet to reduce spam. Learn how your comment data is processed.